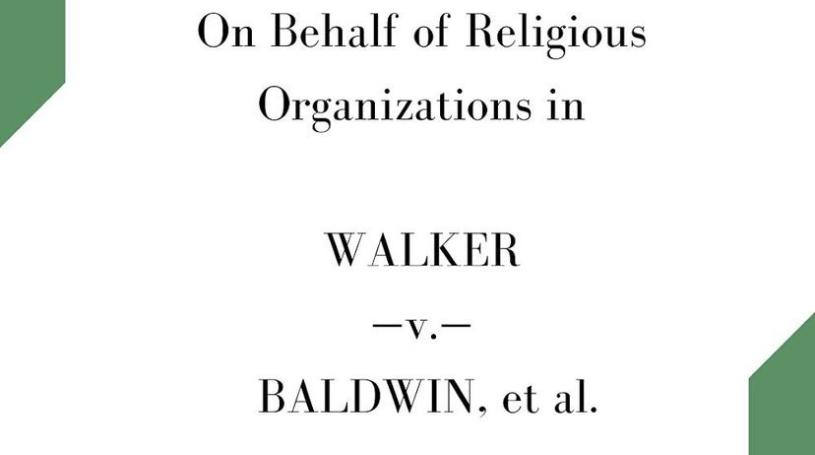 MuBANY is proud to have led an amicus brief on behalf of religious organizations in Walker v. Baldwin, et al filed in the the U.S. Court of Appeals for the Seventh Circuit. The plaintiff in this case is a Rastafarian who was forced to shave his dreadlocks while incarcerated in an Illinois state prison.  Mr. Walker sued under RLUIPA, asking for money damages against the state officials in their personal capacity. We believe that prisoners and other incarcerated persons should be able to exercise their religious beliefs freely and have urged courts to recognize a damages remedy against officials in their individual capacity under RLUIPA and vindicate Mr. Walker’s right to religious freedom.

The Supreme Court unanimously recognized in Tanzin v. Tanvir—a case in which MuBANY together with an interfaith coalition submitted an amicus brief—that the Religious Freedom Restoration Act (RFRA) authorizes suits for money damages against federal officials in their individual capacity. This case presents the same issue as in Tanzin but with respect to a similar federal statute—the Religious Land Use and Institutionalized Persons Act of 2000 (RLUIPA).

MuBANY also expresses a special thanks to Patterson Belknap Webb & Tyler for spearheading this amicus brief.