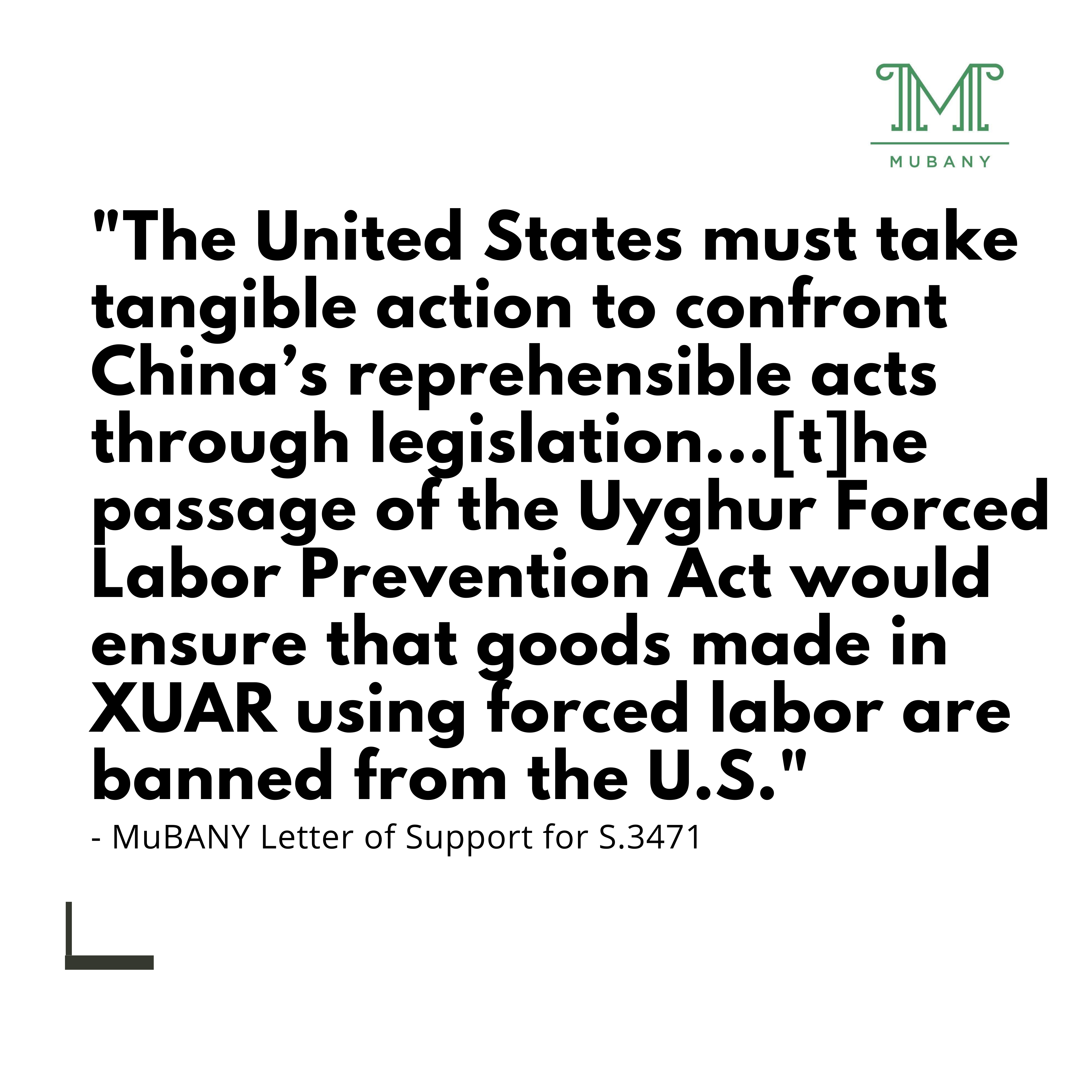 On March 1, 2021 MuBANY delivered a letter in support of  S. 3471 - “The Uyghur Forced Labor Prevention Act” - to Senators Mitch McConnell and Charles Schumer. This bill serves to ensure that products made using forced labor in the Xinjiang Uyghur Autonomous Region (“XUAR”) in China do not enter the United States supply chain and that American entities are not funding these human rights violations. In June, this legislation was passed in the Senate with bipartisan support.

MuBANY, one of the largest and most active bar associations for Muslim lawyers in New York, is committed to advocating for justice for all communities. In particular, we are committed to advocating for resolution of critical issues affecting the local and national Muslim population, promoting education on matters impacting the Muslim community, advancing and protecting the rights of Muslims in America, and creating an environment that helps guarantee the full, fair and equal representation of Muslims in American society. To that end, MuBANY feels strongly that U.S. based entities should not be contributing, encouraging, or profiting off of another country’s forced labor practices and gross human rights violations - in this case China's exploitation of it's Muslim population.